Your canine partner may reveal more about you than you think.

If you saw a biker dude walking a Rottweiler with a spiked leather collar, or a Coco Chanel clone with a perfectly clipped Poodle on a Shantung silk leash, you would have little difficulty seeing how those dogs were a good reflection of their owners. But what about your own dog? What kind of portrait of you does your canine companion paint? You may not have thought about it, but the fact is that everything about your dog-its breed, size, personality, training, diet, grooming, and so on-reveals a great deal about you, for better or for worse.

Let’s start with how you got your dog. If you bought a puppy from a pet store, chances are you’re new to dogs, as most long-time dog owners are aware that responsible breeders will not sell dogs to pet stores, making the origin and breeding of a pet store pup rather questionable. It could also mean that you are impulsive (saw that doggie in the window, had to have it!), as opposed to someone who methodically researches bloodlines, show records, breeders’ reputations, etc. 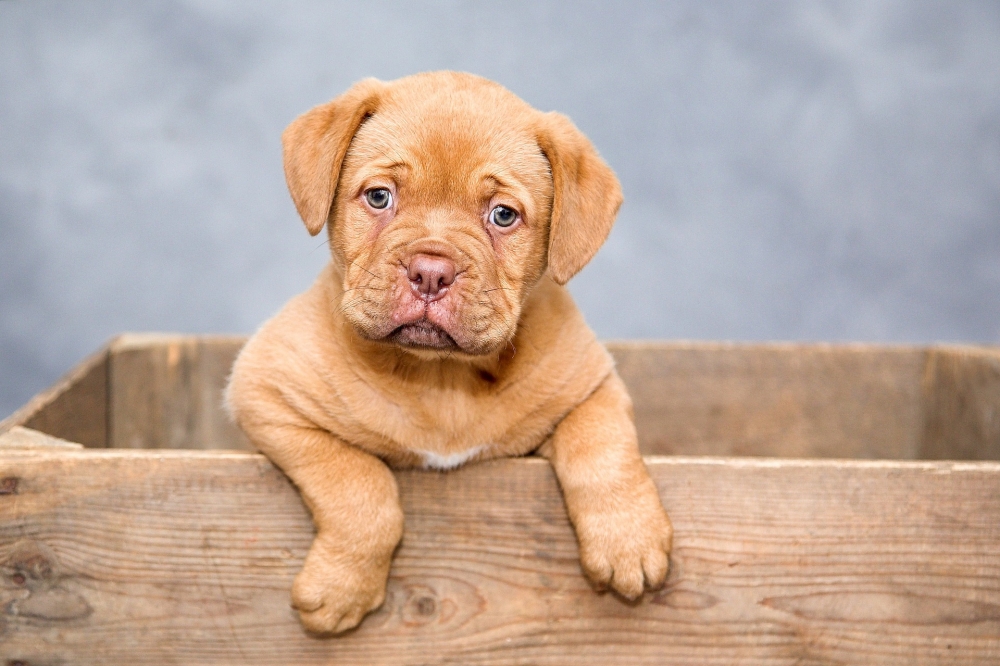 The more methodical person would probably buy from a breeder, so if that’s what you did, we can assume that you think before taking action, and that you are a person who has distinct preferences. And, since dogs from breeders can fetch top dollar, you are likely not in the poorhouse.

Then there are those people who rescue strays or adopt dogs from shelters. These folks tend to be compassionate and are not afraid to take chances or let their emotions guide them in making decisions.

There are also some general differences between “purebred people” and “mutt people.” Stanley Coren, a noted psychologist and author of several popular dog books, includingWhy We Love the Dogs We Do, says: “In the past, purebred dogs were an issue of status. Today I would judge people who get purebreds as individuals who like to plan their lives and think ahead. The value of a purebred is that you can predict, not only what a dog will look like, but its temperament and behaviour as well. 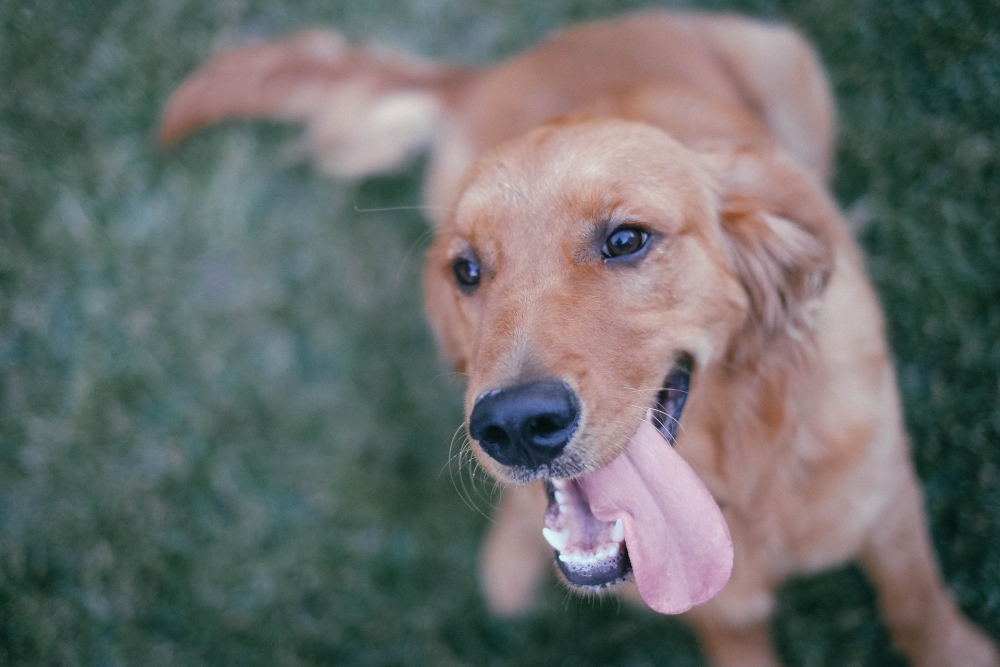 On the other hand, people who adopt dogs from a person they know are often doing so out of caring for the person who had to give the dog up, while those who adopt dogs from a shelter often do so, in part, with the idea that they are ‘saving a life.’ Both are acting from the heart, and are probably showing a tendency to be warm and empathic.”

In addition, since one can’t really predict what a mixed-breed puppy will be like at maturity, owners of mutt puppies must be able to trust fate and be willing to take a chance. Mutt lovers may therefore be more easy going and accepting of imperfections than those who prefer purebreds. 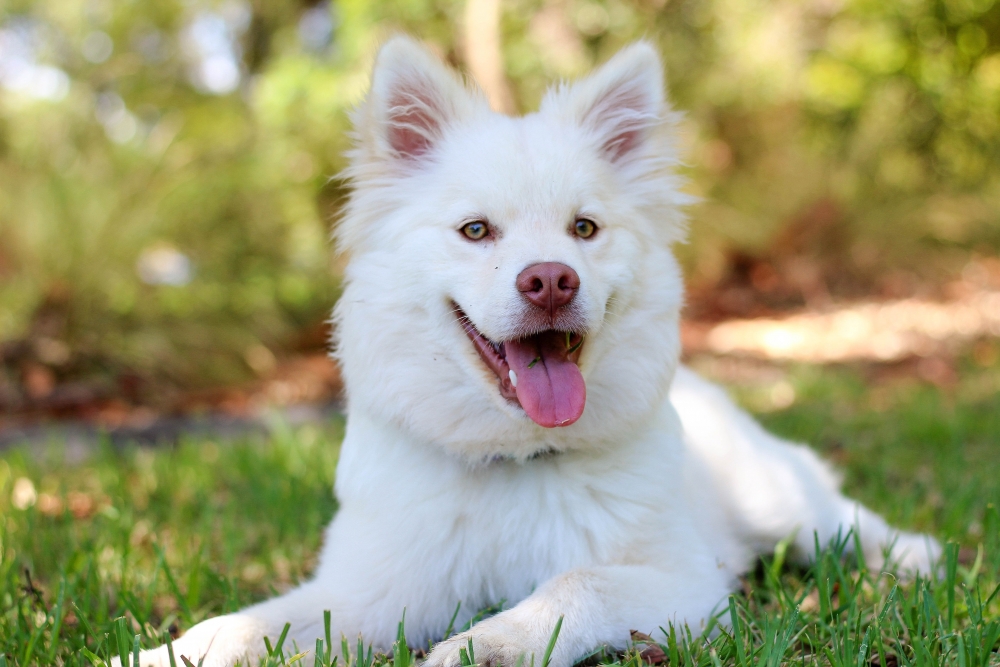 Another aspect of your dog that tells people something about you is its hair type and the grooming requirements that go with it. As Coren explains, “Fastidious people with neat, well-kept homes seldom have large, hairy dogs that shed. In my home, where two out of three of my dogs have long hair, we have come to accept the fact that dog hair is a condiment.” Thus, if you have a hairy, shedding dog, you are likely not terribly fussy and you don’t worry too much about being judged by others who may not share your nonchalance.

House-proud types are much more likely to get a nonshedding dog like a Poodle or a Bichon Frise. Coren adds that “People who get dogs that require special grooming, especially fancy clipping- such as Poodles-are often people who care a great deal about their own appearance and grooming.”

Size also matters when it comes to deciphering a person by his or her pooch. Those same fastidious folks who cringe at the thought of dog hair on the décor are also likely to grow faint at the thought of large, dirty paws and the puddles of drool that can go along with big dogs, so they will most often stick to the smaller breeds. Big dogs also typically require more exercise, so owners of such dogs are generally those that like to be active in the outdoors, people who are probably more interested in sports than in designer drapes. 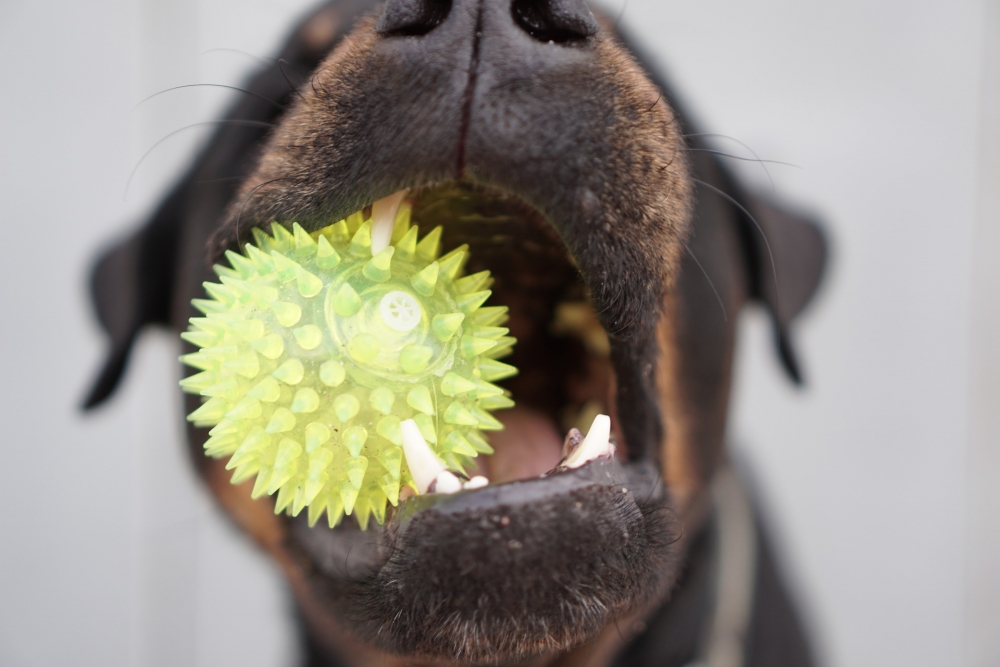 Then, of course, there is the macho factor: big dogs appeal to the male ego in ways that even the snappiest armpit piranha never could. As Coren says, “People often choose dogs to reflect their own body image. Big men or men who feel that they are tough, powerful, or in control seem to like big dogs, and little dainty women seem to like small dogs. However, there are always exceptions-thus Jack Nickleson has a flock of Shih Tzus.”

Your dog’s personality provides yet another glimpse into what kind of person you are. Friendly, outgoing dogs usually have sociable, outgoing owners, while more standoffish dogs often belong to less gregarious individuals. “Shy and less-secure people often want a dog that is only attentive to them, and proves to them that they are somehow special,” says Coren.

A suspicious person will also want a dog that is attentive only to them, and will foster that dog’s suspicion of other people. Such people may be attracted to the guard dog breeds, but as Coren explains, there is more than one type attracted to the guarding breeds. “The two extremes of people who like guard dogs are those who want a dog to make them look as tough as they feel they are, and those who worry about the state of their world and want a dog to protect them.” 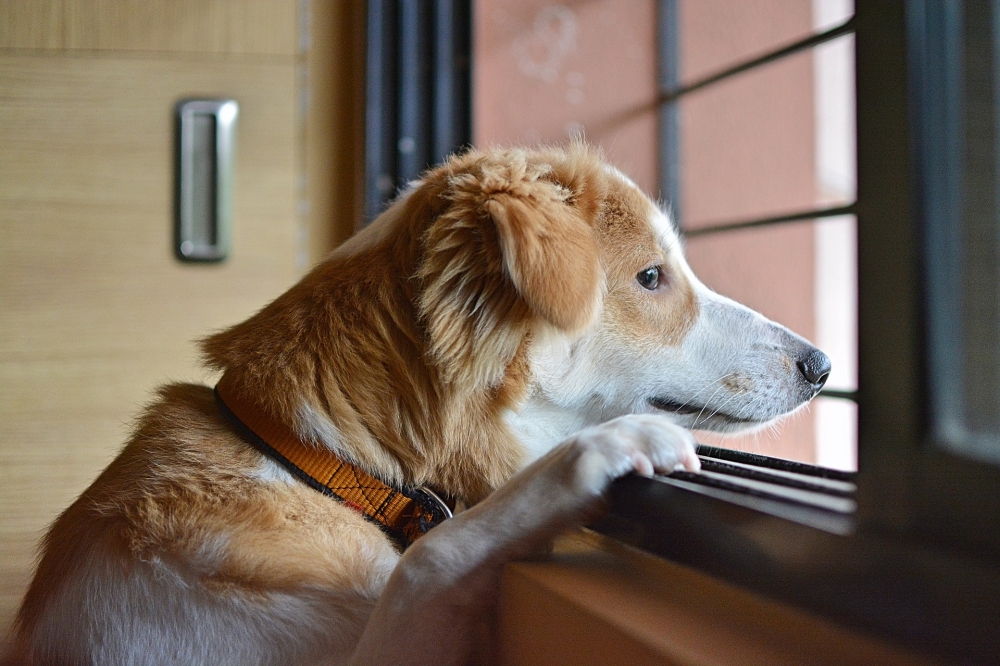 Think about your dog’s training (or lack thereof), as well, if you’re wondering what people will assume about you from your dog. According to Coren, “A poorly trained dog often says that the owner doesn’t spend enough time with the dog, or that the owner really doesn’t have much empathy with other people, so he or she is not bothered by the fact the dog is pestering or annoying others.”

A highly trained dog, on the other hand, can be evidence that a person simply loves interacting and working with their dog, or it can be a sign that a person has a strict or controlling personality. As for aggressive dogs, Coren says, “If a dog has a persistent aggression problem and is encouraged by the owner in such behaviour, it is likely that the owner has a persistent hostility problem of his own.” 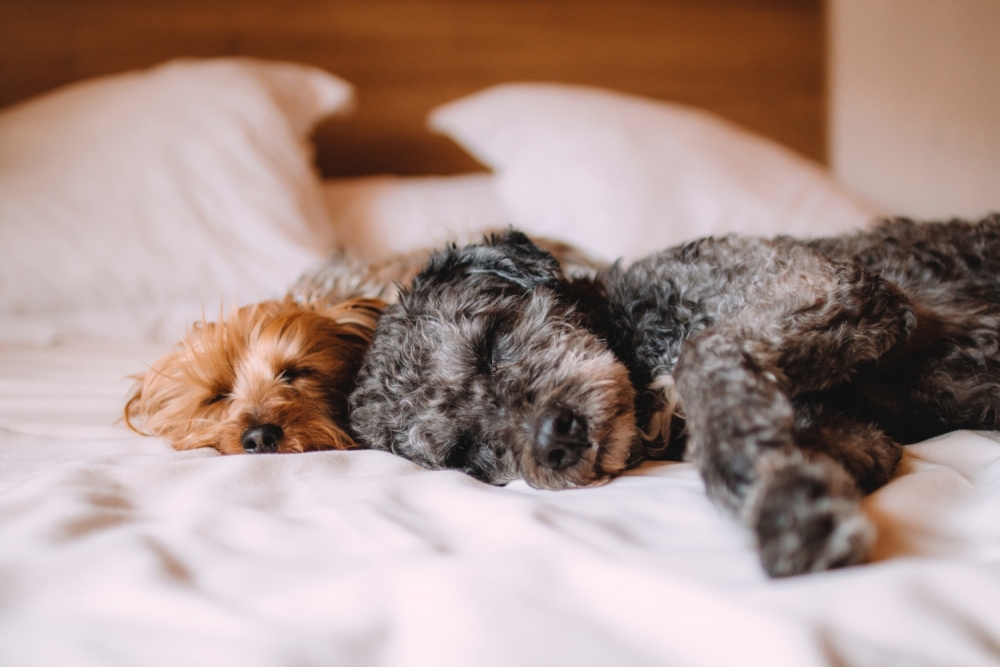 How about your dog’s living and sleeping quarters? A dog that has the run of the entire house probably belongs to a caring person who sees a dog as a member of the family. The owner of a dog kept outside, locked into a kennel, or kept on a chain, may lack empathy or see a dog as more of a possession than a friend or family member. If Precious sleeps on her own, custom-made, canopied velvet bed, you are indulgent and likely have no children; if Fido beds down snuggled up next to you, you are likely to be soft-hearted and affectionate.

Even what your dog eats provides others with a glimpse into your personality. If you cook or prepare your dog’s food yourself, this indicates that you are highly health conscious and you probably eat healthy foods yourself. You might also be a bit of a skeptic, as you doubt the claims made by dog food companies who say their foods are healthy for your dog. You have likely read one or more books on dog nutrition, suggesting that you are educated and self-directed. However, this doesn’t mean that a person who buys their dog’s food is a naïve hillbilly whose idea of haute cuisine is a freshly opened bag of pork rinds. What we can deduce about owners who buy canned or kibbled foods is that they appreciate convenience and have a general faith as consumers. 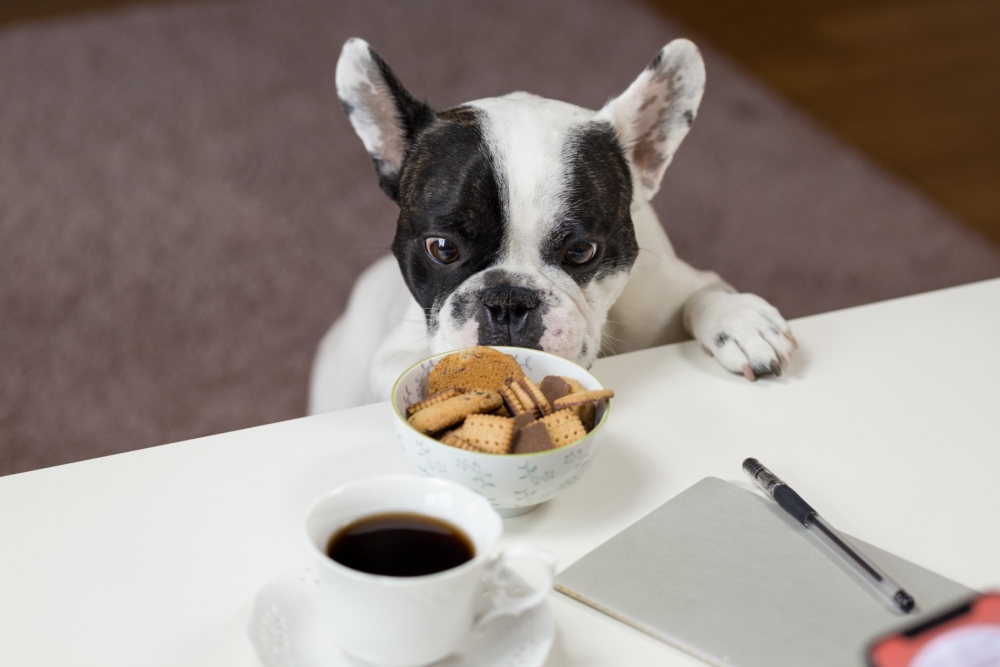 While it may not always be true that dogs and their owners resemble one another in a physical sense, there is certainly a great deal that people can learn about us by looking at our dogs. For good or for bad, our dogs and the way we treat them reflect our personalities, our preferences, and our lifestyles. So, what does your doggie mirror say about you? ■

Susan Kauffmann is a freelance writer living in Langley, B.C. Her enormous, hairy, friendly, raw-food-eating dog has plenty to say about her, but for now he’s keeping (Mala)mute.